Luke Davis – CEO
Luke has been fully immersed in the SME and private equity sectors throughout his career. As well as founding IW Capital in 2011, Luke is also the Co-founder of Crowdfinders which champions private investment into high-growth businesses. During his time in charge of IW Capital, Luke has helped facilitate hundreds of millions of pounds worth of investment into Britain’s SME landscape through the EIS.

Tariq Attia – Private Client Director
Tariq advises his vast network of High Net Worth Individuals, Wealth Managers and IFAs on their SME investments in both the equity and debt arenas, and has personally raised tens of millions of pounds for some of the UK’s leading SMEs. Tariq holds a BSc degree in Economics from the University of Reading, the Investment Advice Diploma and is a Chartered Member of the CISI.

Alan Armstrong – Head of Investment
Alan brings a wealth of private equity knowledge to IW Capital. Having excelled as both a private equity professional and an owner manager of a private equity backed business, Alan understands the needs of both businesses and investors.

Mark has worked in the Financial services arena for 35 years , with wide experience in Banking , Financial advice and Business  Development . Mark has raised several hundred million in the UK tax efficient space through a large network of IFA’s , Family Offices , Wealth Managers , Private Banks and Accountants in both the equity and debt arenas and  personally raised £200m in his previous role with Rockpool Investments . Mark is  currently working towards the Investment Management Certificate.

Jasper Falk – Investment Committee Member
Jasper is a partner at Ekins Guinness, a fund management and investment research firm. He has over 20 years experience in Investment Banking having established and managed JPMorgan’s Global Inflation trading business which assisted clients in hedging and managing liabilities. He was also a member of the Fixed Income Management Committee. Jasper read Engineering and Management Studies at St Catharine’s College Cambridge, and holds the Financial Times Non-Executive Director Diploma.

Toby Franklin – Investment Committee Member
Toby is a partner at Acuity Investments LLP, a private equity fund focussed on financial services investments. He sits on the board of four companies. He has thirteen years’ experience in private equity at Acuity and previously at Bregal Capital LLP. His earlier career was spent in both strategy and finance roles at a variety of UK retail financial institutions. Toby has an MBA from the Tuck School, Dartmouth College and a BSc from the University of Warwick. 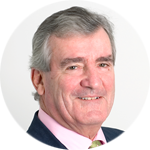 Major General Walter Courage, CB, MBE – Senior Advisor
Walter is a director and one of the founding members of The Risk Advisory Group plc. His career was spent in the army, which he joined from The Royal Military Academy Sandhurst in 1961. He is a Transatlantic Board Member of British American Business Inc, a trustee of Shotover Estate, Director of Courage Underwriting Limited and a Director of Weee Systems Limited, He is an investor in upwards of 20 start up companies, chairing one of them and actively involved in others.

Ricardo brings more than 10 years of experience working on debt transactions for SMEs. He has worked and/or consulted for a wide range of institutions such as Exotix Capital, Latin American Agribusiness Development Corp. and Climate Policy Initiative. He obtained a MSc. Energy, Trade and Finance from Cass Business School and an Investment Management Certificate (IMC).

Sanjay has over 20 years of experience of providing equity and debt capital to SME’s, primarily through his time at 3i and RBS where he led a number of transactions and worked closely with management teams through to exit. He qualified as an accountant at Ernst & Young and has also worked at Walt Disney TV International. Sanjay read Law at Kings College London.

Douglas brings over 10 years experience to the team including a wealth of corporate finance experience in investments, M&A and financial diligence. He has focussed on mid and lower market transactions within the private equity space including direct investments and providing board level advice on growth strategy, exit objectives and board augmentations. Douglas holds a BA (hons) degree in Business Economics from Durham University and the ICAEW (ACA) qualification.

Christopher has over 10 years experience of working in the private and public equity markets. The last 5 years have been focused on providing funding and managing equity/debt investments into UK SMEs from HNWs and Family offices. He has been responsible for sourcing, transacting and managing private equity investments into tech, healthcare and education sectors along with property developments.

Jack McCarthy – Investor Relations
Jack specialises in debt and equity fundraising for high growth SME’s in the UK. As part of his role, Jack works with a mixture of HNWI’s, family offices and financial institutions. Jack holds a degree in BSc Economics from the University of Liverpool in addition to the Investment Advice Diploma.

Michael holds a BA (Hons) degree in leisure business and sports management from Cardiff University and is a member of the CISI.

Mercedes Pike – Executive Assistant to the CEO and Office Manager
Mercedes studied at the University of the West of England and has gained valuable experience across various sectors since leaving. Her roles at IW are to support the CEO, as well as ensuring the smooth and effective running of the office, as Office Manager.

Jess Hargreaves – Head of Client Services
Since graduating from Victoria University of Wellington, Jess has gained experience in financial services administration, project management and training. She assists the team and clients with all administrative aspects of the business.

Victoria Mc Boyle – Client Services
Victoria has recently graduated from Oxford Brookes University completing a combined course of English Literature and Media, Communication and Culture. Victoria ensures that client’s needs and enquiries are dealt with as high priority and in a prompt and effective manner.

POWER OF THE GROUP

We combine the interests of individual investors to create exciting opportunities for our clients.

WE BELIEVE IN CHOICE

All opportunities are presented to our clients but investors choose which businesses are right for them.

WE DO OUR HOMEWORK

IW adopts a rigorous approach to assessment and due diligence prior to the investment.

The IW executive team has over 40 years of expert business experience.

THERE FOR EVERY STEP

IW professionally manages the whole process, through to exit, on behalf of the investor.

We use cookies to ensure that we give you the best experience on our website. If you continue without changing your settings, we'll assume that you are happy to receive all cookies on this website. More